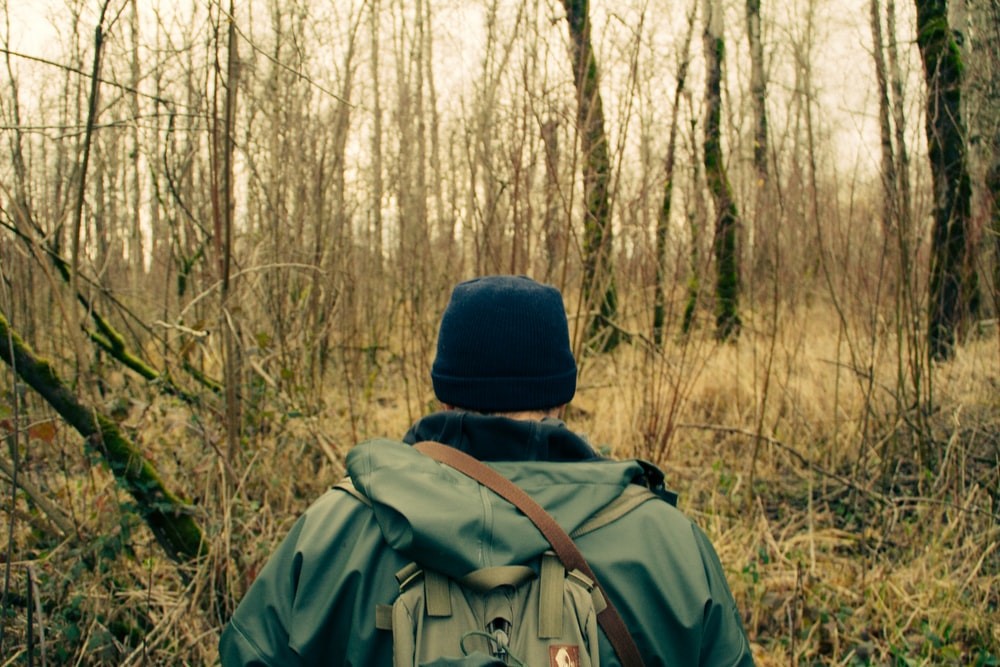 While backpacking is an invigorating and healthy activity, it can still be really risky. You take a risk going out into the wilderness and encountering sudden storms, sketchy terrain, and large predators.

If you’re careful starting out, you’re going to pick up quite a few tricks that will help keep you safe while you’re out backpacking.

So, when you’re survival backpacking, what are some of the skills that you should know? In this article, we’re going to talk about six of those skills.

Most backpackers without a lot of experience think of a compass as a relic that was cast aside with the rise of new technology.

Even more people have never heard of a compass. But a compass and a map are considered to be the most essential navigational tools by experienced outdoorsmen. While it makes sense why most people have never touched a compass before, what with the rise of technology and the ability to download maps onto our phones.

But batteries can die, and geography can get in the way of cellular and GPS signals. If you get lost in the woods, there’s absolutely no guarantee that you’ll be able to connect to one of these apps. Then you’ll be in big trouble – unless you have a compass and map.

That’s why knowing how to use a compass is survival backpacking skill number one.

Knowing how to collect water is another one of those survival backpacking skills that you should know. When you’re out in the woods, you aren’t going to encounter spigots and fountains very often. If you plan carefully and understand the basics of water collecting, you won’t have to bring much water to start with.

Once you locate a water source, you’ll need to collect water, filter it, and then purify it. This requires at least two containers. You can filter out the solid materials using a bandana or coffee filter as you start passing water from one container to another. Then, to purify the water, you’ll need to use a portable water filtration pump, boil the water, or treat it with Iodine tablets.

Never drink unpurified water, especially from stagnant water. This is because the stagnant water doesn’t get any filtration because it’s not flowing along rocks and debris.

Knowing how to build a fire is very important if you’re going backpacking, and there are several ways that you can get a spark that will build into a campfire.

Preparation is key to getting your fire started right without wasting fuel or time. If you have a lighter or matches, you’ll generally want to set your tinder up under a teepee of kindling so the flame will catch quickly. Once that kindling is burning fast and hot, you can start adding your fuel wood. Just ensure that you’re leaving enough room for the flame and air to circulate and not smothering the fire by adding too much wood.

Knowing how to tie a knot will be the difference between sleeping without a shelter and sleeping under a shelter. Or you can use your rope tying skills for securing a hammock, tying down your gear, suspending food where bears can’t get to it, and more.

There are a ton of videos online about how to tie knots, if you have time, check out one of them to make sure that your survival backpacking skills are ready. 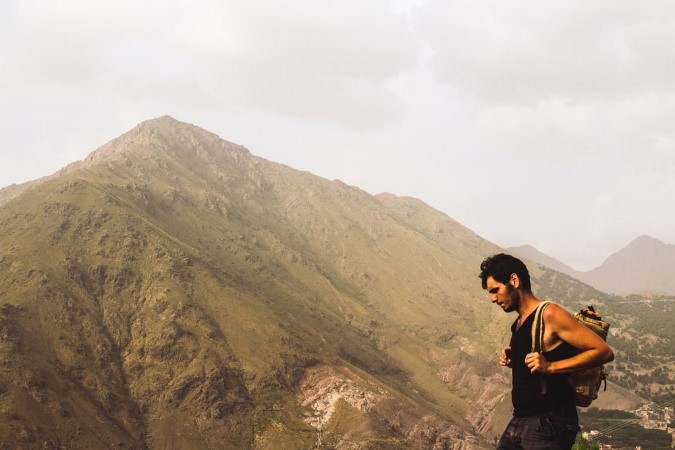 It doesn’t matter how experienced you are when you head out backpacking, things aren’t always going to go as planned. You never know when you’re going to need survival backpacking skills to signal rescuers.

You’ll be much more prepared if you have the following items:

Sometimes when you’re out backpacking, a storm is going to roll in. When you have all the stuff you need to keep you alive while out on your back, you really need to keep dry. Hopefully, you’ll have a tent in your bag and can quickly click together the poles.

But if you don’t, then hopefully you have some tarp and rope. You can set up a temporary shelter by finding two trees about eight feet apart and tie a line between the trees about 4.5 feet from the ground, then hang your tarp over it.

Backpacking can be a relaxing and invigorating experience, but it can also turn dangerous. If you aren’t prepared, then you could be in serious danger, that’s why you need to have these survival backpacking skills in your back pocket.

Hopefully, this guide has shown you the most important survival backpacking skills that you should know when you go out into the wilderness. You should know how to use a compass and map, collect water, build a fire, signal for help, and build a temporary shelter. If you know how to do these things, then you’re all set for your next backpacking trip.