We have to admit it: there aren’t many DIY examples on the internet or anywhere in the world from which you could borrow ideas to make your own portable solar power outlet.

However, unlike the commercial solar power station with plenty of ports and outlets, the DIY solar outlet has one outlet. It also has its own attached solar panel (or many small ones), unlike some commercial types that feature a separate solar panel.

The portable solar power outlet we discuss here is an original project by JasonE, an Instructables.com user.

According to JasonE, the award-winning resultant device is capable of powering an 80-watt device continuously for about three hours!

Since you may not have access to all the specific materials originally used, we’ve proposed substitutes, especially for the small solar panels obtained from garden lights bought from Walmart.

You could try the model with the solar panels obtained from garden lights!

We believe using the small panels makes the portable solar charger project even more interesting. However, you’ll have to learn some basic wiring if you have no prior knowledge of connecting electrical stuff in series and parallel circuits.

Alternatively, you could buy a small solar panel, like a 12-volt, 10-watt panel.

Other Items Needed for the Portable Power Station Project

These steps are an adaptation of the original process.

1. Construct the Box for Holding the Components

JasonE used a box measuring 18″ long by 12″ wide and 12″ high for his project. The size of your box will depend on the measurements of your solar panel (or panels if you use several).

You’ll be able to harvest the optimum amount of solar energy if you install the solar panel on the top side of the box, which is the lid. The top part requires joining with the rest of the box using small hinges to make the lid.

The box should be easy to assemble, but basic carpentry skills will come in handy here!

The wood used must be thick enough to hold the weight of the battery and the panel without collapsing.

If you choose to, you can paint the whole box with a suitable paint color and allow enough time to cure before proceeding with the project.

Once the box is ready, place the solar panel appropriately on the lid and hold it in position with screws. Leave it as is and proceed to the next steps.

3. Add Outlet Boxes to Your Box

Cut out an appropriately sized hole on one side of the inside of the box and put the outlet box in it. You can wire the AC outlet with the bare end of an extension cord, leaving the open male end to plug into the inverter.

On the opposite side of the box, cut a small hole to hold a light switch, which you’ll use to turn the solar power inverter on and off without having to open the box each time.

Mount the inverter strategically inside the box and bracket it down to prevent any possible movements. Leave the switch on the inverter in the “on” position to make it possible to switch it on or off using the light switch.

The charge controller and inverter should go on the side of the box as the battery will take up most of the small bottom.

Put the battery and rest it solidly against the bottom to be held firmly in place using brackets to avoid movements.

Now that all the components are housed within and on top of the box, it’s time to connect them using connector wires.

Your portable solar power outlet is now almost complete! To finish the setup, add adjustable support to the lid to make it possible to open it at different angles to capture more sunlight as required.

Finally, drill two small holes in two opposite sides of the box while taking care not to interfere with the components inside it. Run a suitable size of sturdy rope through the holes to make handles.

And behold, your first-ever portable solar power outlet that you can take anywhere with you for solar electricity generation and powering small devices when camping, hunting, backpacking, or road tripping. 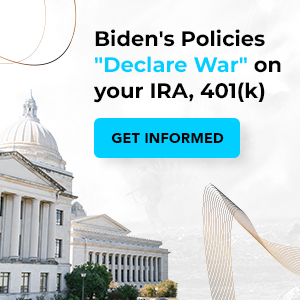