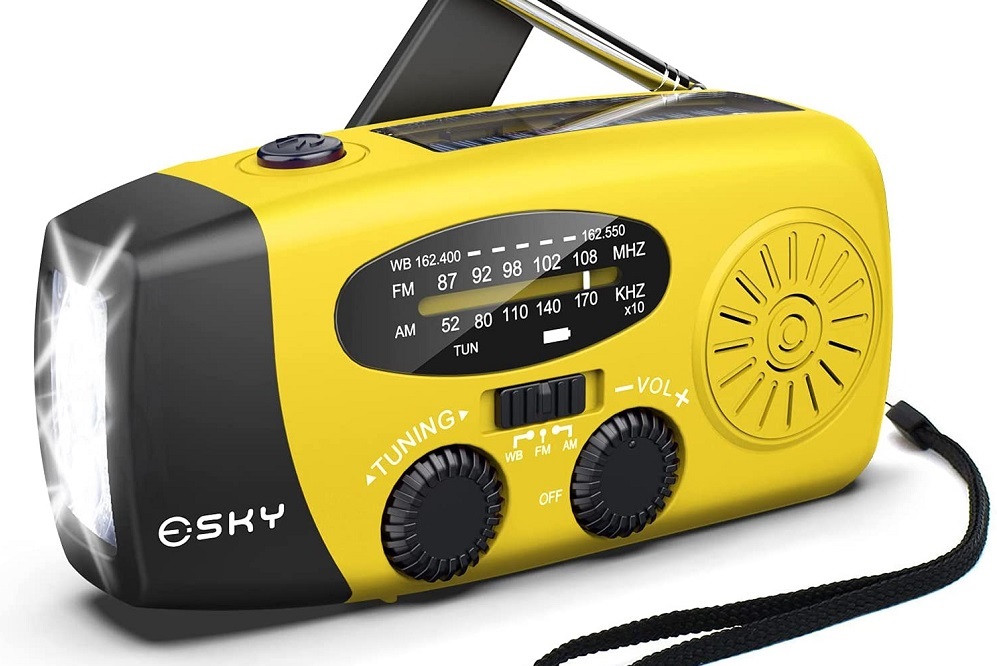 Solar Powered Radio – How Does It Work?

Survival preparedness includes having emergency meals, lighting sources, and medical kits if and when disaster strikes, but you should also have a solar powered radio in your pack. Whether you’re preparing for survival at home or while you’re camping, having a solar powered radio will ensure you receive weather alerts and stay up-to-date on the latest local news in your area.

What is a Solar Powered Radio?

How Does a Solar Powered Radio Work?

A solar powered radio is designed with components that will absorb the sun’s light and turn it into energy to power the radio.

There are two different ways in which a solar powered radio will be designed to absorb and create power so that the radio works.

The first method uses photovoltaic cells (solar panels) that absorb and store the energy from the sun to use as a power source to power the radio. This is the most common design method of a solar powered radio. The solar panels have monocrystalline or polycrystalline cells that are used to absorb the sun’s light.

These cells are connected to semiconductors in order for the light to be converted to energy. The cells absorb the sunlight and turn the energy into photons, and the semiconductors are used to remove the electrons from the photons. This creates energy and is how the solar powered radio works.

The second method isn’t as powerful as using photovoltaic cells to absorb and convert the light into energy, but it does work. This method uses metal reflectors, panels, and mirrors. When the sunlight hits a reflector, it is directed to an insulator that will produce heat to power the turbine in the radio.

This turbine will power the radio with enough energy for it to work. The downside to this method is that it isn’t as powerful as the photovoltaic cells, so the radio can die quicker when it is designed with this method.

Why You Should Use a Solar Powered Radio

When the power is out or you don’t have access to a power supply, you need a reliable means of communication. A solar powered radio will give you both local news alerts and weather alerts when you need to know the latest conditions. Most solar powered radios will store enough energy to last up to 24 hours, making it a reliable means of communication for weather alerts and an SOS alarm

One of the best features of many solar powered radios is the built-in features that are included with the radio.

Most solar powered radios include a built-in flashlight that you can use as a light source when the power is out or it’s nighttime. This is a nice feature to have if you have forgotten a flashlight or glow stick in your bag while camping.

Some models also have a built-in USB power supply that you can use to connect your phone or other electronic devices to the solar powered radio for it to charge. This is a great option to look for in a solar powered radio, especially in emergencies where the power has gone out and you are unable to charge your phone.

You can essentially take your solar powered radio anywhere you want to go. They are small, compact, and easy to throw in a backpack or attach to your gear. They have a long, extendable antenna, so you should always be able to have reception anywhere you go.

Weather can be unpredictable and power supplies aren’t permanent. That’s why you need to have a plan for how to receive local news and weather alerts when you don’t have a power supply or batteries to power a radio, and a solar powered radio will do just that.

If you’ve considered adding a solar powered radio to your survival kit, this is your sign that you should.