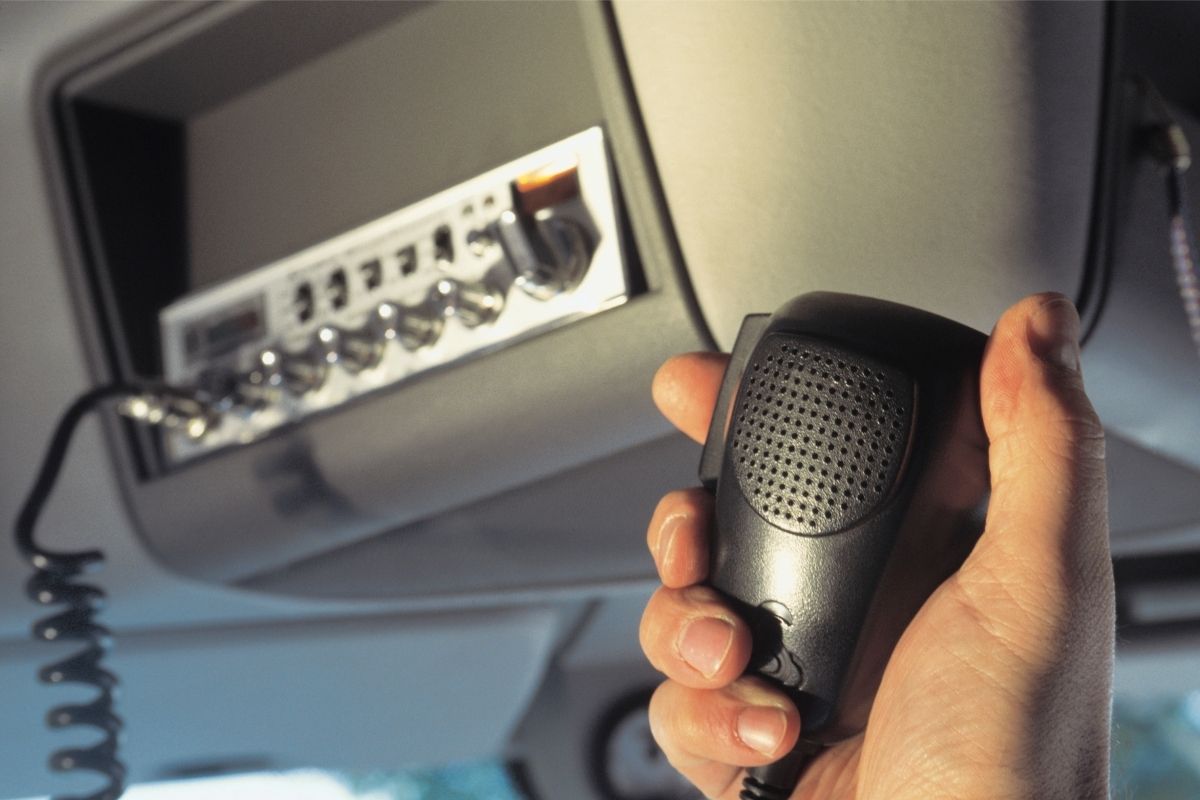 CB radio seems quite the retro concept. But, it is still popular among hobbyists and even more so among truckers. In fact, it is so widely in use that there is a whole culture around it.

CB stands for ‘citizen’s band’. It is, in a nutshell, a two-way public radio communication system that is used by private individuals. It has a short range transmission, and several different channel frequencies to communicate through.

There is a whole world of CB, in fact, there is even CB jargon for the experienced users. We will get to this a little later in the review.

But we are concerned with one product in particular, the Galaxy DX 959 CB Radio. And this is a review of the radio and all of its features.

It is also a guide to using the CB radio, if you’re coming to this as a complete beginner. 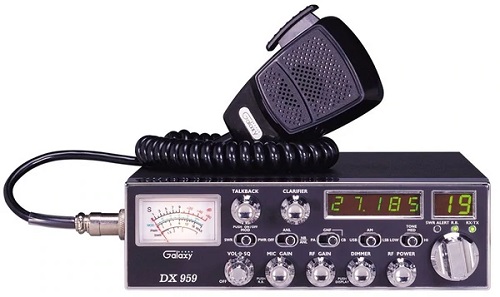 This is a well thought out little CB radio. It has all the expected features, looks nice and aids communication effectively.

It has a five digit frequency counter, two digit channel display and an illuminated meter. So, all in all, visually it is really easy to navigate.

It also allows the user to be in complete control of channel strength, volume, and output. You get an easy to hear, and be heard experience.

You have access to SSB and AM frequencies. Not to mention, the added safety features to make sure that everything goes smoothly and safely while using the CB.

Galaxy have even included delta tune, which allows for a fine-tuned frequency.

Anyone who uses it gives it rave reviews, and you will find no arguments from us.

There are a lot of brilliant features, and we’re going to run through the ones that stand out the most.

The visual display is one of the best features of the DX CB radio.

With big, and easy to read digital displays there won’t be any room for misinterpretation, confusion, or channel mishaps.

Alongside the clear display, you can also adjust the hue and brightness settings on the radio front.

This is helpful for nighttime driving or other low light scenarios.

SWR stands for standing-wave ratio. In simpler terms, it is a measurement of power. Specifically, the power ratio being sent down the antenna to your CB radio.

Galaxy has added an extra safety measure with this model.

There is a clear alert warning as and when you are at risk of receiving too much power down the antenna, which can have drastic consequences for you and your radio.

AM, or amplitude modulation, is a type of radio channel the sound is produced and changed by the measure of strength in the signal.

SSB, or single sideband, is a common frequency used on different types of communication radio.

Both options are included on the DX.

A part of CB communication is ending your transmission so that the other person on the line knows when you’ve finished and required a response.

This CB radio comes with a roger-beep to mark the end of transmission. Therefore, what you get is a clear indicator that your part of the chat is finished. It can also indicate that you are on the line and ready to start speaking.

The roger-beep is initiated automatically.

Anyone who uses a CB radio on a regular basis will appreciate this feature. The Galaxy noise filter comes as standard with this model.

So, you get an interference free radio conversation. There is a useful dial to mute background noise and other unwanted external inputs. This is not always a standard feature and is very welcome and highly recommended.

There is an option to add a louder speaker, aka one that can broadcast sound further by having a larger volume capacity.

What’s the point of this? It is in case you need to address a larger audience or reach more people.

MIC- You are in control of the mic and how you transmit. So, you can control the strength at which you speak. What that means is you can ensure absolute clarity and that your message doesn’t suffer from interference or from being hard to hear.

RF- RF stands for radio frequency. When you use the DX, you can dictate which signals can have access and which ones can’t.

You’ve probably seen the cop shows where emergency services use code words over the radio to communicate.

But, it may surprise you to find out that these are not made up. In fact, there is a whole CB way with words and phrases that are in common practice.

Let’s take a look at some of the most common colloquialisms that are used day in day out. It might be fun, but also useful to brush up on some of this lingo if you’re planning on diving into the world of CB communications.

End of conversation: Over and out.

Of course, there are more phrases. However, these are the most common and useful ones put together in the list.

You may find that experienced users sound as if they are speaking another language all together, but don’t fret. It is very easy to pick up and start using, too.

There are certain codes of etiquette for anyone using a CB radio. These are not legally binding, more of a behavior expectation that people tend to largely abide by.

Let’s take a look at some of the most common ‘golden rules’ for when using CB radio to communicate.

As you can see, the major theme throughout is to make sure to have good manners and be respectful of people.

Also, be respectful of the emergencies that may need to use the channel for safety reasons.

Do people still use CB radios?

Yes. Though, not as much as they used to. CB radios are still in use. Hobbyists, truckers, and emergency services sometimes use CB frequencies to communicate. Though, they are losing their relevance in place of mobile devices and other connections.

In short, yes. CB radios can be traced back to where they’re transmitting from with little effort at all. They have a limited range of around three miles and run on a public broadcast interface.

Galaxy has created an accredited CB radio in the DX 959.

It is very easy to use, and easy to use safely. It has extra safety features to ensure you are always aware of potential dangers. Furthermore, it is easy to read and easy to hear through.

There’s no stone unturned, and it all adds up to a top-tier CB radio, definitely fit for purpose.